There’s long been a stigma that big retail chains are cheaper and more convenient to shop than local stores; but that’s not the case here in Portland—at least not anymore. When you shop around local retail stores you quickly realize, not only are you getting great deals, but also you’re getting truly unique items. Black Friday is also not exclusive to major retailers and local businesses are doing their best to compete. Enter Little Boxes PDX.

Little Boxes is a Black Friday and Saturday event throughout Portland that encourages people to shop local. There will be a raffle, and the more shops you visit the more chances you have to win. This sounds like a fantastic event and a great way to get people shopping where it really counts. Go experience your Portland.

For details go check out the Little Boxes website (if you haven’t already clicked my link above.) Hope to see you out. 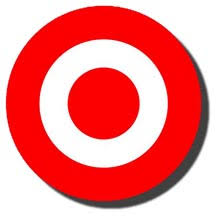 I could do my best to write a detailed review about the new City Target, but I’ll be brief: It’s really small. Ok, it’s 89,000-square-feet, but where is everything?

In an effort to get away from suburbs (where people are spending a decreasing amount of money at stores like Target), retailers are starting to look towards city centers. Target is among those companies trying to get their products in the heart of things. Walking into City Target is cool; I’ll give them that. You have to pass through a couple different sets of doors, then enter a high ceilinged lobby with escalators dragging you up and past a big sign reading “hi Portland.” But once you’re there, you find yourself wondering where everything is.

City Target—which they have in LA, Seattle, San Francisco, Chicago, and a few other places—doesn’t get rid of any departments. They still have sections for everything, but due to its smaller size all the sections are cut down to just a handful of things. Yeah, they have vacuums and pillows, but they have about five vacuums and one pillow. Good luck finding an alarm clock…

The bottom line: It’s fine. It’s Target, it has cool trendy things and it doesn’t smell as bad as a Wal-Mart, but it’s just small and under stocked. Don’t go in expecting to find everything you would at a normal suburban Target.